Seed Corn for the Future 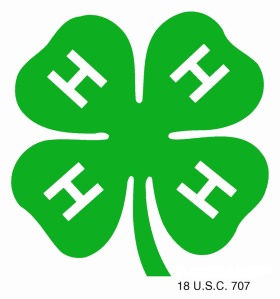 4-H: One of America's Most Indispensable Youth Programs

Folklore abounds with tales of people yielding to the temptation of eating seed corn during unusually lean times.

As Brooks soberly observes, this era of fiscal austerity is one such time.  Many policy makers are threatening to consume precious seed corn — wealth better invested in the human crop of the future: youth.

…legislators and administrators are simply cutting on the basis of what’s politically easy and what vaguely seems expendable. In education, many administrators are quick to cut athletics, band, cheerleading, art and music because they have the vague impression that those are luxuries. In fact, they are exactly the programs that keep kids in school and build character.

Brooks is spot on again. We need to be underscoring to policy makers why our own educational outreach program, 4-H, is anything but a frivolous program — why it continues to play an essential role in fostering the skills that keep kids engaged and in school.

I’ve been impressed within the past few days with how several Extension professionals throughout the country are engaging in old-fashioned story-telling, focusing on tangible examples of kids whose 4-H involvement has had a direct bearing on their staying in school, going onto college and pursuing a lifetime passion they acquired through the informal, hands-on learning associated with 4-H.

4-H offers immense opportunities for enriching the learning experience at a critical juncture in this nation’s history.

In an earlier column, Brooks stressed how much the success of this nation in the 21st century will be determined by how closely it hews to the old-fashioned bourgeois values that have distinguished it in the past: self-discipline, punctuality and personal responsibility, to name only three.

Likewise, the longstanding American reverence for practical science and critical thinking, which vaulted this country to the forefront of scientific and technological leadership in the 20th century appears to be steadily eroding.

As Brooks observed in an earlier column, Americans have “drifted away from the hardheaded practical mentality that built the nation’s wealth in the first place.”

What youth organization is better equipped than 4-H — and, for that matter, its sister organization, FFA — to provide young people with a renewed appreciation for practical science and critical thinking and to restore these values to a preeminent place in American life?

4-H arguably has another critical rule to fill: putting young people squarely on the path toward acquiring the levels of immersion in learning and related skills considered crucial for high achievement in life — what social critic Malcolm Gladwell has described as the 10,000 hour rule.

Research has revealed that outstanding creators and innovators throughout history have spent a minimum 10,000 hours — roughly 10 years — learning and perfecting their skills.

This insight speaks volumes about the sort of role informal, unstructured learning activities serve in putting kids squarely on the road to lifetime success.  It also underscores why so-called frivolous school activities such as art, music, cheerleading —and, yes, 4-H — should be valued for what they are: critical pathways to lifetime self-mastery and achievement.

Let’s not allow these valuable lesson to be lost on our policy makers, those who are threatening to consume all of our seed corn.

4-H is seed corn for the most critical crop of all: young people.

Posted on February 5, 2011 | Leave a comment
Perspicacious social commentator Malcolm Gladwell, who seems to be so right about so many things, has ignited a bit of a firestorm over his recent comments about twitter and other social media playing an inconsequential role in the recent Egyptian uprising.

Barely anyone in East Germany in the nineteen-eighties had a phone—and they ended up with hundreds of thousands of people in central Leipzig and brought down a regime that we all thought would last another hundred years—and in the French Revolution the crowd in the streets spoke to one another with that strange, today largely unknown instrument known as the human voice. People with a grievance will always find ways to communicate with each other. How they choose to do it is less interesting, in the end, than why they were driven to do it in the first place.

Needless to say, many among the digerati already have weighed in, including the Nation’s Ari Melber, who contends that Gladwell misses the point entirely:

It is not a surprise that many Egyptians do not love their dictator — that is not what shocked Washington and the Arab world last week — it is that people managed to plan and execute such a massive public demonstration of that sentiment. So the “how” is more striking than the “why.”

Yet, he says Gladwell misses an even bigger point: The way new media work against the old. New media, by providing alternative views and criticism,  check a tendency among establishment media to “skew debate to disproportionally cover its favorite topics, which often includes itself.”

For me, that raises an interesting question: How different would the East German revolution have been today if, by some miracle, the beleaguered Socialist Unity Party had managed to drag along its decaying hulk for another generation?

Whatever the case, I think Melber is right: Social media fosters a deeper, more enriched understanding of the factors driving public events among participants and observers alike. But this is not only limited to current events.

Just yesterday, the New York Times’s substantial coverage of the Met debut of “Nixon in China” sent me keyword searching on youtube for old newreel footage of the historic 1972 visit.

I not only remember the event from childhood but also have read extensively about it. I recall reading how exhausted Nixon and his Chinese counterpart, Chou en-lai, were throughout the visit – the result of all those long hours spent consulting with each other and with staff as the historic Shanghai Communique was painstakingly fleshed out.

Raw press footage of the visit, stored in the National Archives and posted by C-SPAN on youtube, drove home that reality, affording insight I never gained through reading.  Meeting Chou one morning to begin the next grueling day of conferences and tours, Nixon pointedly asks the Chinese premier how much sleep he had gotten the previous night.

Chou holds up a single digit.

“One hour,” he replies sheepishly.

The footage drives home an observation that Ron Reagan once shared based on close observation of his father and other immensely influential people: that they grapple with the same physical and mental challanges the rest of us do – overwork, fatigue, stress and, as was readily apparently in several instances in the raw footage, running out of appropriate things to say.

In a sense, it worked to rob this grand event – for that matter all grand events – of the the sort of awe and mystery I experienced almost 40 years ago watching the grainy telecast of the Nixon visit on a black-and-white television  in Julia Summerville’s fifth-grade class at College Avenue Elementary.

Small wonder why social media are described as the transparent media.

Posted in The Passing Scene